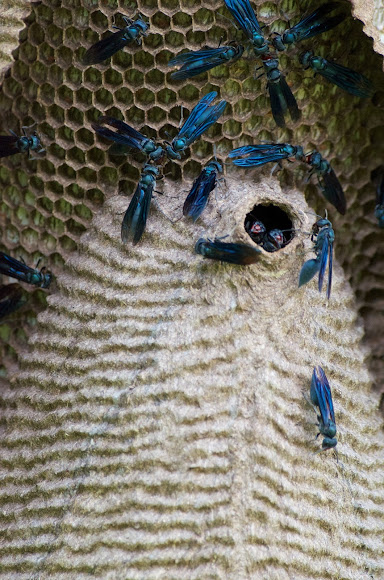 Some kind of blue wasp in and their nest it appears, in Misiones, Argentina. Thanks to bayucca for the id! From Wikipedia: Synoeca cyanea, commonly known as marimbondo-tatu, is a swarm-founding social wasp. Native to Brazil and Argentina, S. cyanea is one of the largest and most aggressive species of social wasps and is feared in many rural areas.[

Thanks for the id, bayucca! I didn't have another photo; I was to close to the nest with a telelens, and had no option to move further away.