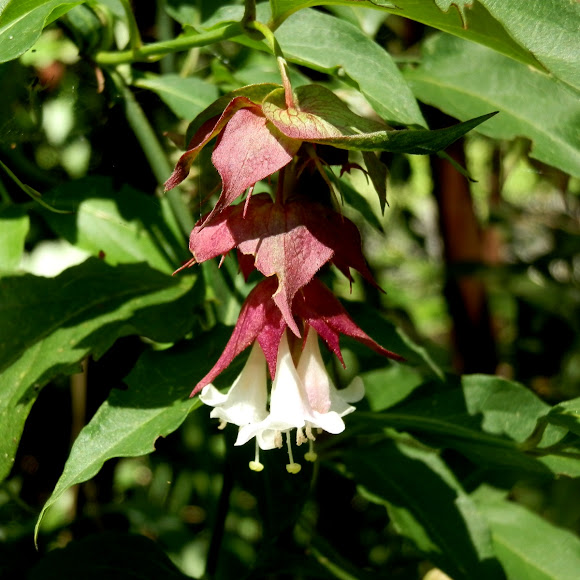 This shrub had upright hollow stems and broad leaves. The white bell-shaped flowers were borne on pendulous stalks and each flower was covered by a purple bract. The fruits were pinkish red (pic 2).

Spotted in a nature reserve with some exotics.
A native of the Himalayas and China, it is considered a "weed" in Australia and New Zealand. Also growing wild in the US and Canada but not considered a weed.

Also called Pheasant Berry. I think they are quite attractive. Berries are bird attractants.
Family: Caprifoliaceae