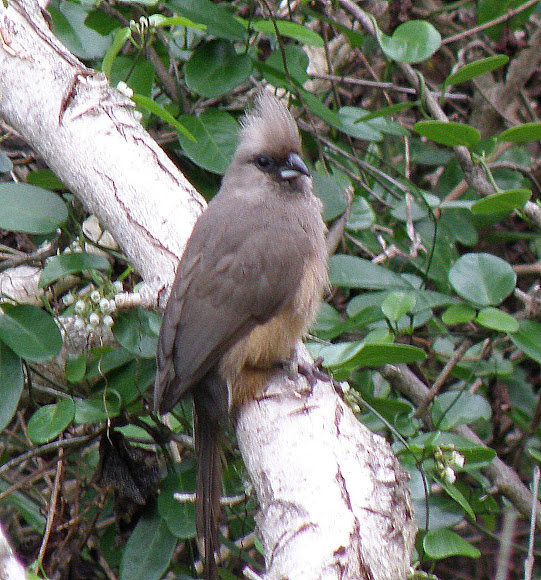 This bird is about 35 cm (14 inches) long, with the tail comprising approximately half the length, and weighs about 57 grams (2 oz). It is well-named, because it is dull-mousy brown in overall color on the back and on the head (including a prominent crest). The bill is black on the upper part and is a pinkish color on the lower part. The Speckled Mousebird is a frugivore which subsists on fruits, berries, leaves, seeds and nectar, and is fairly catholic in its choice of food from area to area.

Thanks JohanHeyns for helping identify the spotting.