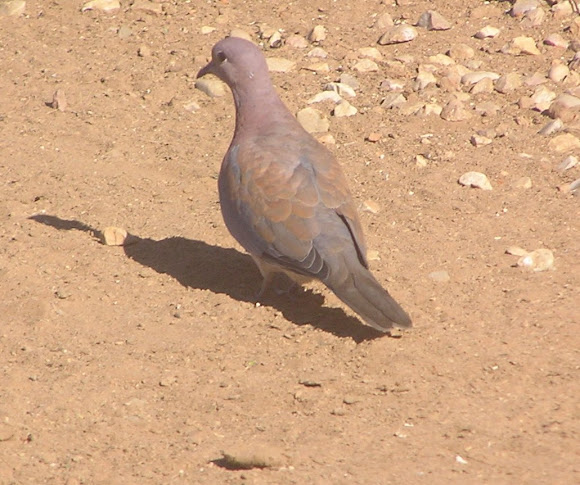 The Laughing Dove is a long-tailed, slim pigeon, typically 25 cm (9.8 in) in length. Its back, wings and tail are reddish-brown with blue-grey in the wings. In flight, the underwings are rich chestnut. The head and underparts are pinkish, shading to whitish on the lower abdomen. There is black spotting on the throat. The legs are red.

The Laughing Dove (Spilopelia senegalensis) is a small pigeon that is a resident breeding bird in the tropics in Africa south of the Sahara, the Middle East and southern Asia east to India

The chuckling call is a low oo-took-took-oo-roo, with the emphasis on the took-took. Occasionally a nasal scream at one-second intervals is produced in flight or when landing. Laughing Doves eat grass, seeds, grains, other vegetation and small insects