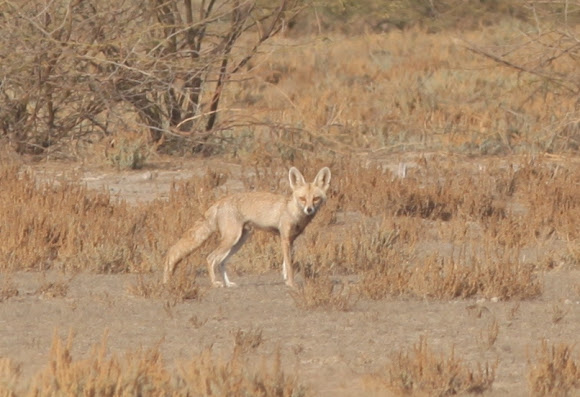 This is ia subspecies of the red fox,he red fox has an elongated body and relatively short limbs. The tail, which is longer than half the body length(70% of head and body length[) is long, fluffy and reaches the ground when in a standing position. Their pupils are oval and vertically oriented.Nictitating membranes are present, but move only when the eyes are closed. The forepaws have five digits, while the hind feet have only four and lack dewclaws.They are very agile, being capable of jumping over 2-metre (6 ft 7 in) high fences and swim well. Vixens normally have three pairs of teats, though vixens with seven, nine or ten teats are not uncommon. The testes of males are smaller than those of Arctic foxes

Common in the area