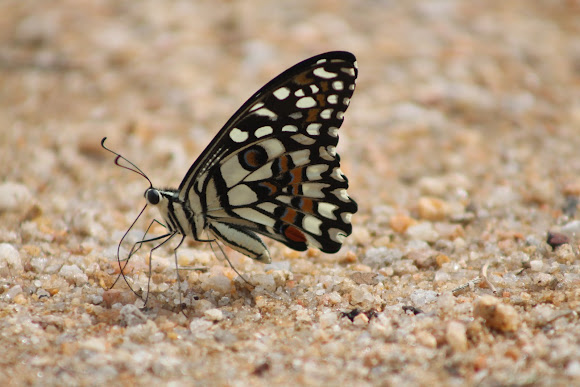 The Lime Butterfly resembles a Pierid due to its very fast flight around noon and its colouration. This scrubland dwelling butterfly loves the sun very much and it immediately descends down in to a thicket when the sun is covered by a cloud. Male Lime Butterflies can be seen mud puddling. This is a migratory species. This species is most abundant in dry scrubland habitats, but can also be commonly seen in the wet zone. Although it does not seem to have breeding populations at higher elevations, these have been observed during their migratory flight.