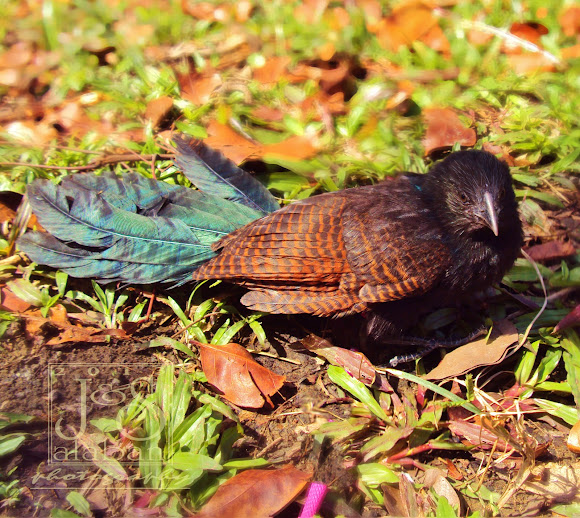 This bird has a very wide range of habitat from high elevation forest down to the grass plains and cultivated or populated areas. A carnivore bird feeding on insects lizards and sometimes raid other smaller birds' nest and eat the chicks and eggs.

This specimen was found roaming around in our backyard she's very weak and cannot fly well so we decided to keep her for several days until she regained strength and released her. She's a regular visitor in our backyard mini forest. Actually this bird was rescued by my father from the children playing with it several months ago. She never leave far from our immediate surroundings when we released her until she grows up. I will upload her photos as my next spotting.

@ KdonGalay Thanks for the ID.

lovely find shekainah. I find it as more on of juvenile Greater Coucal due to barred rufous wing and a blackish head than of a paler barred wing and grayish head of the immature viridis, also the bluish tinge is of sinensis.