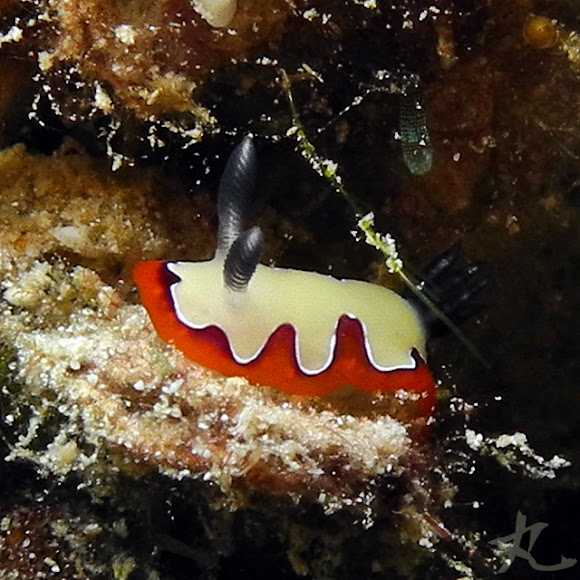 Formerly referred to as Chromodoris fidelis, this nudibranch has a whitish or yellowish body, dark rhinophores and gills, and red mantle. The mantle's red or dark orange band has a wavy inner pattern that is sometimes lined with a blue tinge. In other individuals, the wavy line is broken up into separate circles.

Spotted two of them on a clump of seaweed. The first photo shows the smaller individual, about 1cm long. The second individual, about 2cm long, is shown in the other photo and in the video. They were both in less than 10m of water at the Leticia by the Sea resort dive site.

Great video! I didn't realize these were so tiny.

Me too! Yesterday was my first time to see them. :)

Wouw..an amazing species, this is a frist time I saw it.