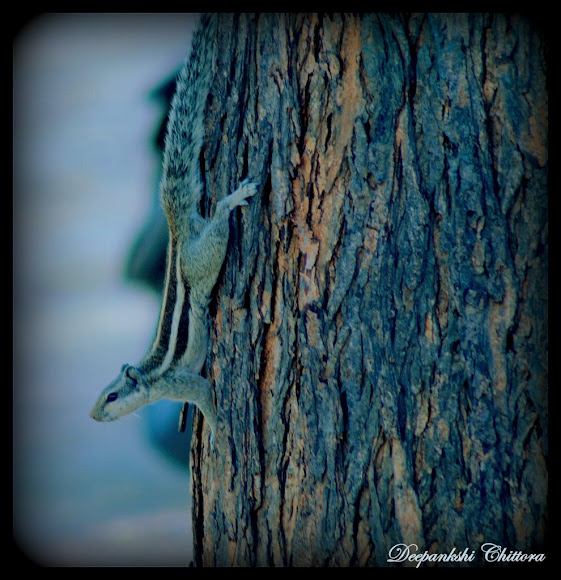 The palm squirrel is about the size of a rat, with a bushy tail slightly shorter than its body. The back is a grizzled, gray-brown colour with three conspicuous white stripes which run from head to tail. The two outer stripes run from the forelegs to the hind legs only. it has a creamy-white belly and a tail covered with interspersed, long, black and white hairs. The ears are small and triangular. Juvenile squirrels have significantly lighter coloration, which gets progressively darker as they age. Albinism is rare, but exists in this species.

The Indian palm squirrel (Funambulus palmarum) also known as three-striped palm squirrel, is a species of rodent in the Sciuridae family that can be easily domesticated and kept as a pet. It is found naturally in India (south of the Vindhyas) and Sri Lanka. In the late 19th century, the Palm squirrel was accidentally introduced into Western Australia, where it has since become a minor pest that is actively targeted for eradication due to its lack of natural predators The closely related five-striped palm squirrel Funambulus pennantii is found in northern India, and its range partly overlaps with this species.