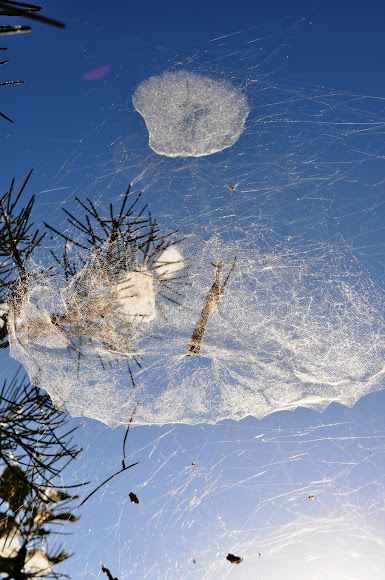 Small spider of the Orb Weaver group, feeds on insects that fall victim to the sticky webs that are spun intricately in both a messy form as security lines for the architectural 'circus tent' shape that forms the main web, a home for the spider when at rest. Also known as Dome-web Spiders.

Found in many areas of Australia, gardens and in known insect flight paths.

Note the intricate detail in the webs, all done by a tiny spider. Webs resemble the geometric design of nets.

Thank you Ava T-B. I think spiders are possibly some of the hardest working creatures, repeating the same thing over and over to rebuild the webs and wait.

Wow, this is awesome! Thanks for sharing.

Thanks LuisStevens. Nature is truly amazing. The detail in these webs is something that can keep you intrigued for quite a long time.