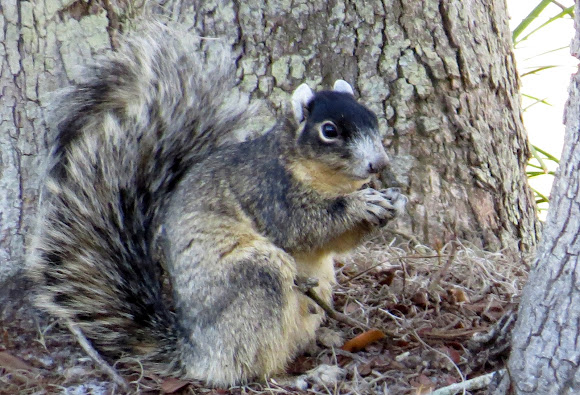 This is a subspecies of fox squirrel found in Florida & Georgia. In comparison to other squirrels, this species is large (23 - 28 in. = 600 - 700 mm) with highly variable dorsal fur color ranging from nearly all black (uncommon) to silver, with variations of black over silver and silver over black. Underside is tan. Head is generally black; ears and muzzle are often white. Wikipedia

Due to habitat loss, Sherman's fox squirrel has been designated as a species of special concern and hunting or trapping of them is prohibited by state and federal law.