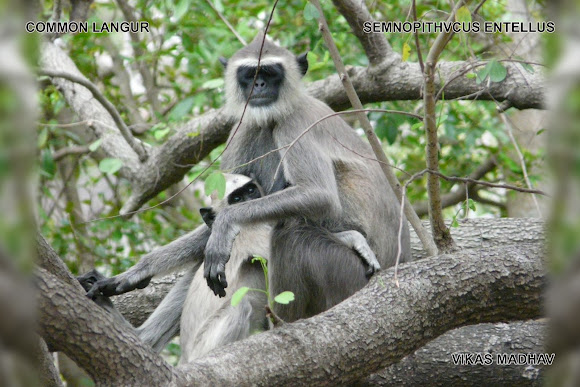 They are grey in colour

The entire distribution of all grey langur species stretches from the Himalayas in the north to Sri Lanka in the south and Bangladesh in the east to Pakistan in the west. They possibly occur in Afghanistan.grey langurs can adapt to a variety of habitats. They inhabit arid habitats like deserts, tropical habitats like tropical rainforests and tempeature habitats like coniferous forests, deciduous habitats and mountains habitats. They live at altitudes up to 4,000 m (13,000 ft), even during snowfall. They can adapt well to human settlements, and are found in villages, towns and areas with housing or agriculture They live in densely populated cities like Jodhpur, which has a population numbering up to a million

it is a very social animal.In INDIA one can easily