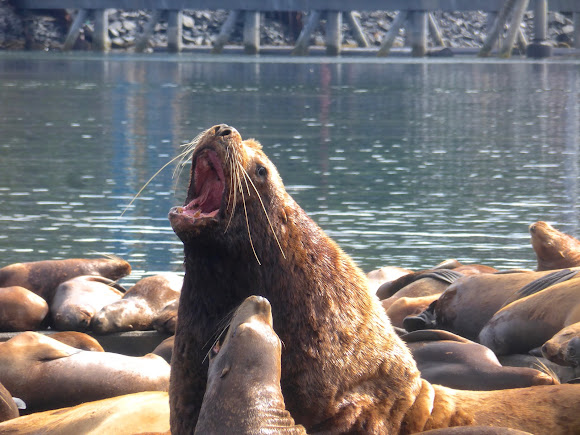 The first photo shows a large male with a female. There were many napping, but once one wakes up and decides to swim around in the water and splash, the others wake up and roar at it and other squabbles break out.

A large rookery built in the harbor to give the sea lions a safe place to stay. I have seen sea lions on a very large rock out in the ocean as well, but they are not protected from predators there.

Thank you! I appreciate you choosing this spotting. It is always a pleasure to photograph these beauties

Great series Machi,congrats on the well deserved SOTD and thanks for sharing

Congratulations Machi, this is our Spotting of the Day!