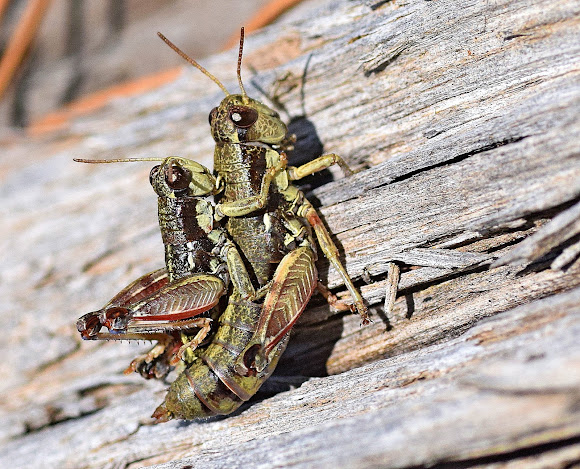 Macedonian Mountain Grasshopper mating pair. Mountain Grasshoppers are high mountain species, as a rule found above the timberline. They are found on open rocky slopes with a sparse vegetation of herbs and grasses. They seem to prefer spots with loose rocks which they use to hide. This species is also found on slopes almost entirely covered by grass and hardly any rocks, and at elevations of 1,730-2,100 m Asl.

I'll see if we can create one Kostas :-)

Thank you Daniele, Felix and Christine for your kind words and support! I love grasshoppers and I wish there were a PN global mission for the orthoptera.

Congratulations Kostas, your busy Macedonian Mountain Grasshoppers are our Spotting of the Day: