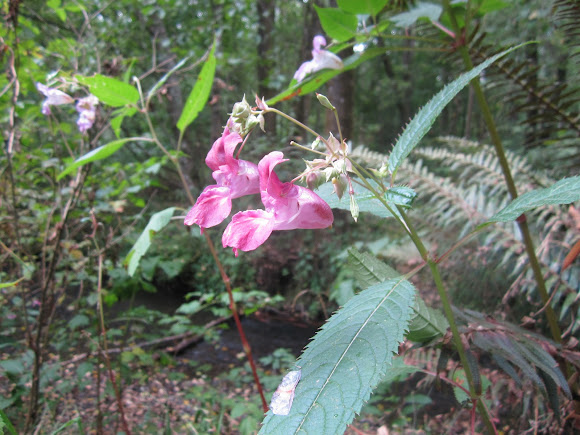 I think its called dragon snapper.

I found this plant in williams park in vancouver, it was very abundant in the area, and I have seen them in other parks in vancouver.

Dan I just want to know any Balsam specie is originated i your area called North America.

nice spotting man. what do you mean by help?

Also thanks Dan :D I learned quite a bit.

No problem Ashish, though I'm not American, I know what you mean.

Thanks again Ashish really appreciate it :-) !

Thanks Dan for falling in... Some American expert's opinion was required here.

Team edit the spotting and add information on habitat. And mention how you locate this herb plant. I feel it is exotically planted in that area.

I cant find the scientific name though.

What about me Ashish? Haha! He is right, this is balsam, but that usually refers to the tropical species. In N. America they are referred to as Jewelweed. It's not a snapdragon but I'm not sure which species of Impatiens it is.

I have no idea... but check with Rangers like Cindy and Karen.

Are they in north america ?

Balsam herb plant... in good water source they grow like a shrub.