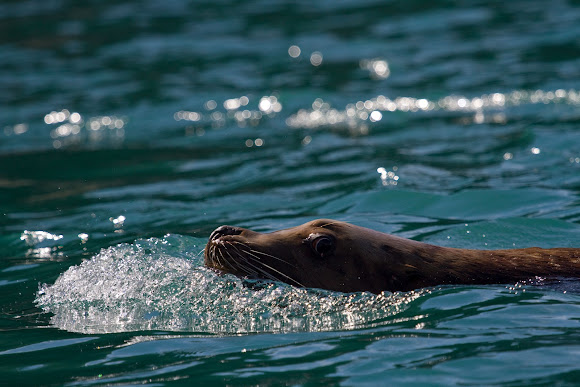 The Steller sea lion (Eumetopias jubatus) also known as the northern sea lion and Steller's sea lion, is a threatened species of sea lion in the northern Pacific. It is the sole member of the genus Eumetopias and the largest of the eared seals (Otariidae). Among pinnipeds, it is inferior in size only to the walrus and the two elephant seals. The species is named for the naturalist Georg Wilhelm Steller, who first described them in 1741. The Steller sea lion has attracted considerable attention in recent decades due to significant, unexplained declines in their numbers over a large portion of their range in Alaska.

I agree with Cindy, just great :)