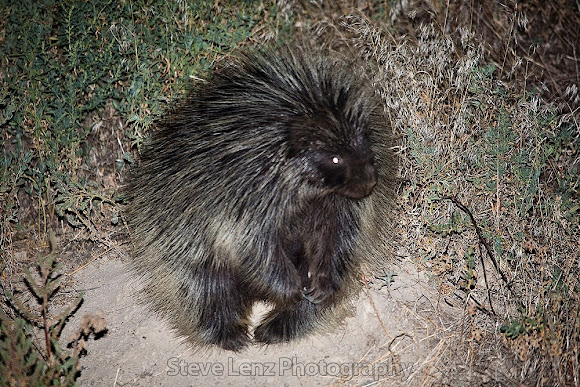 Shrub-steppe near a slow moving river.

It was dark out and the porcupine was 30 feet away down a hill. Very very difficult to manually focus on. Only managed one decent shot. An amazing creature to witness. My first time seeing one in the wild.