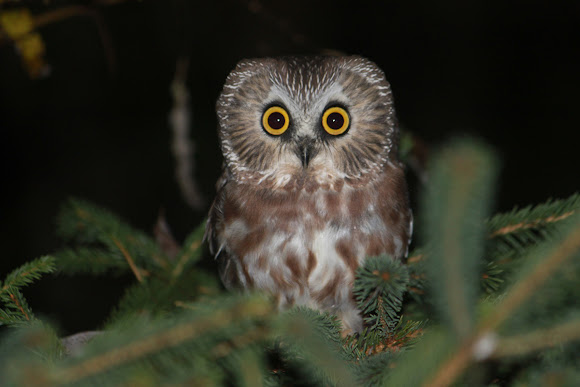 What a gorgeous creature! Thanks for capturing!

My favorite owl!! I'd love you to add this to the mission Raptors of North America: http://www.projectnoah.org/missions/8627...

Not a pet. But wanted to bring him home he was so cute. We were at an owl banding - there were five in the group we banded. Another 7 were being prepped for banding. This photo is after the banding when he was released.

Thanks, had an amazing experience during the banding of these tiny lil guys.