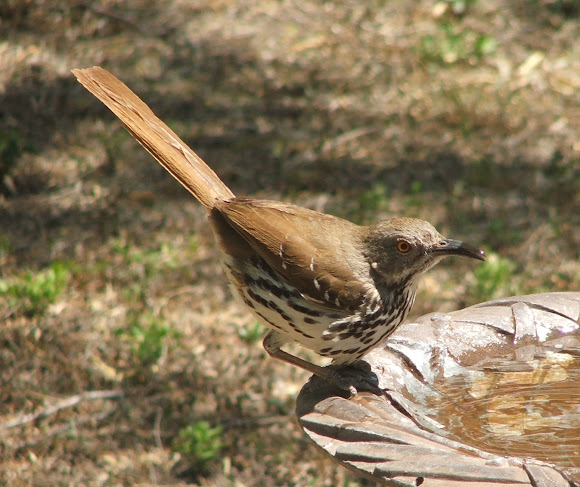 The curve-billed thrasher is immediately recognized as a thrasher by its long tail and short wings. It is also recognized for its sickle-shaped bill, almost as long as its head width and brownish black in color. The body is compact with a large head, short wings and long tail. — Wikipedia

It generally resides where cholla and saguaro cacti, ocotillo, mesquites, palo verde, and creosote bushes are prevalent. It can also be located along woodland edges, piñon, dry desert bushland and areas within its region where cacti are present. If there is an adequate amount of desert vegetation near human habitation, along with feeders, the curve-billed can adapt within these environments. — Wikipedia