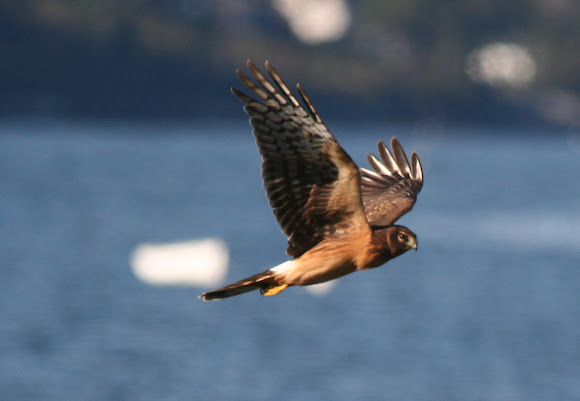 This is a large female hawk. It has a distinctive white on the rump. It has an owl looking face. She was flying around the area of Indian Point and along Cottage Road at the West end of Chebeague Island. This may be a juvenile which differs from the female in that it has cinnamon below. It was gliding around close to the ground at times and diving down into the grass. It is also called a Marsh Hawk.