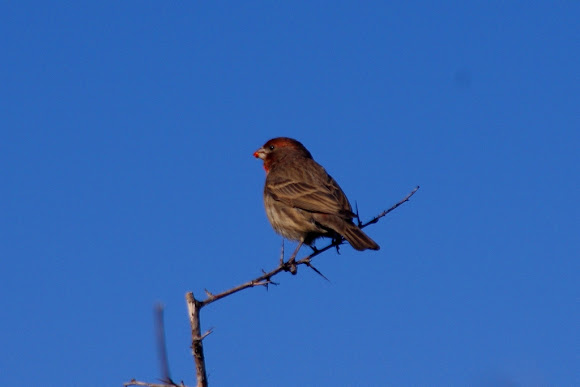 The house finch (Haemorhous mexicanus) is a bird in the finch family Fringillidae. It is native to western North America, and has been introduced to the eastern half of the continent and Hawaii. This species photographed in Attica, as well as other reports are from the region, has been shown to relate to people who had escaped from captivity.

It is an open field with low vegetation and few trees, the first encountered the birds when they come from the sea.