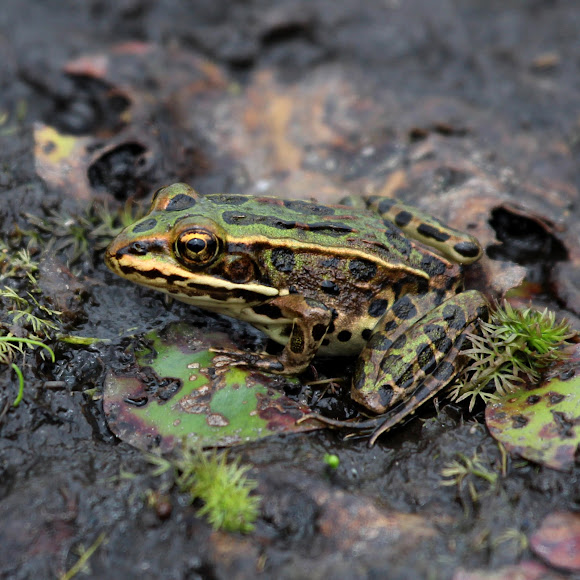 Northern leopard frogs are preyed upon by many different animals, such as snakes, raccoons, other frogs, and even humans. They do not produce distasteful skin secretions and rely on speed to evade predation. They eat a wide variety of animals, including crickets, flies, worms, and smaller frogs. Using their large mouths, they can even swallow birds and garter snakes. In one case, a bat was recorded as prey of this frog.[10] This species is similar to the Pickerel Frog (Lithobates palustris) and the Southern Leopard Frog (Lithobates sphenocephalus).