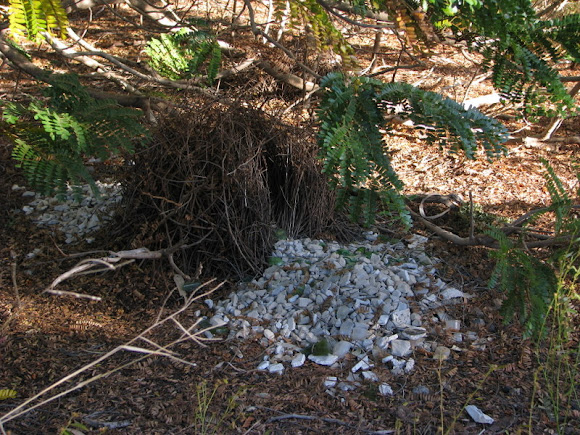 The tunnel-shaped bowers are built from grass and sticks. They normally line up in a north-south direction. They are usually built underneath a large shrub, so that large animals, like kangaroos, do not trample them. At each end is an area cleared and then decorated called the apron. The clear tunnel-like part in the middle is called the avenue. They are not nests but playgrounds to attract the females. Male bowerbirds with the best decorated bowers find themselves with the most females. Mating takes place in the bower, but the female then leaves to raise the babies on her own. She lays her eggs in a saucer-shaped nest which she builds in a tree, well above the ground. The nest is always well away from the bower and is often hard to find.