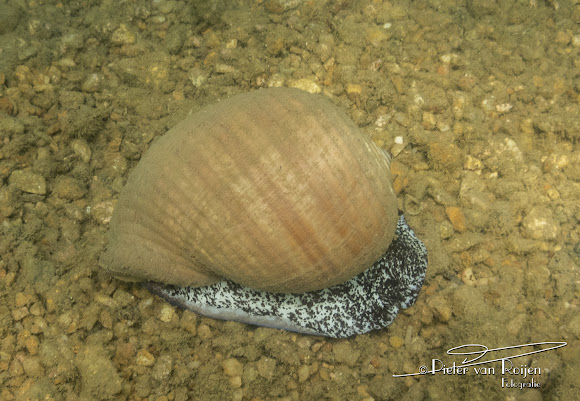 Tonna galea, commonly known as the giant tun, is a species of marine gastropod mollusc in the family Tonnidae (also known as the tun shells). This very large sea snail or tun snail is found in the North Atlantic Ocean as far as the coast of West Africa, in the Mediterranean Sea and the Caribbean Sea. The species was first described by Carl Linnaeus in 1758. Different Tuns found on diffrerent days. The vary in length from 9 cm (3.5") to 15 cm (6")

All specimen were returned to the finding place after photographing.