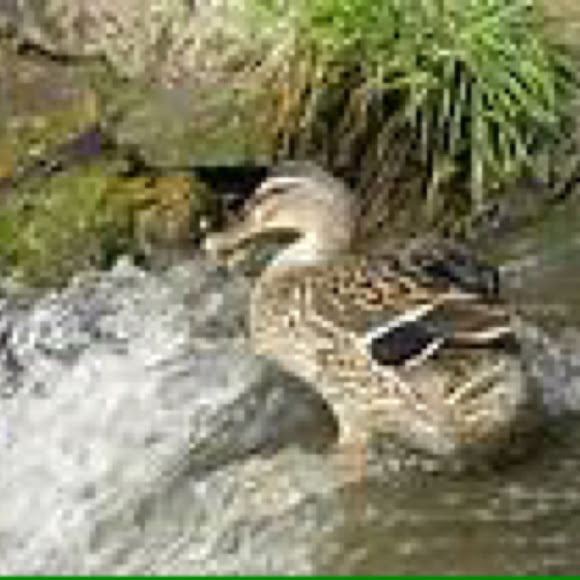 The male birds (drakes) have a glossy green head and are grey on wings and belly, while the females have mainly brown-speckled plumage. Mallards live in wetlands, eat water plants and small animals, and are gregarious. This species is the ancestor of most breeds of domestic ducks.[3]

The mallard is widely distributed across the Northern and Southern Hemispheres, North America from southern and central Alaska to Mexico, the Hawaiian Islands, and across Eurasia, from Iceland and southern Greenland and parts of Morocco (North Africa) in the west, Scandinavia to the north, and to Siberia, Japan,and South Korea, in the east, Australia and New Zealand in the Southern hemisphere. It is strongly migratory in the northern parts of its breeding range, and winters farther south.