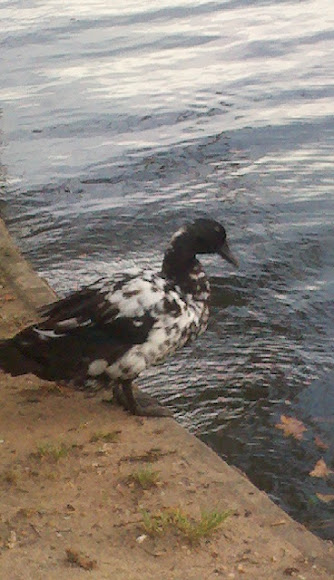 Alternately, an Ancona duck, but those are so rare and relegated largely to farms I'm pretty sure this is a mulard. I mean, Hermann Park has mallards. It has Muscovy ducks. It has pekins. It makes a lot more sense that this specimen is a hybrid between a Muscovy and either a pekin or a mallard rather than a critically endangered domestic species.

Usually this is a domestic species, but I'm guessing it's not out of the ordinary to see them in the wild sometimes considering the parent species live right there in Hermann Park.