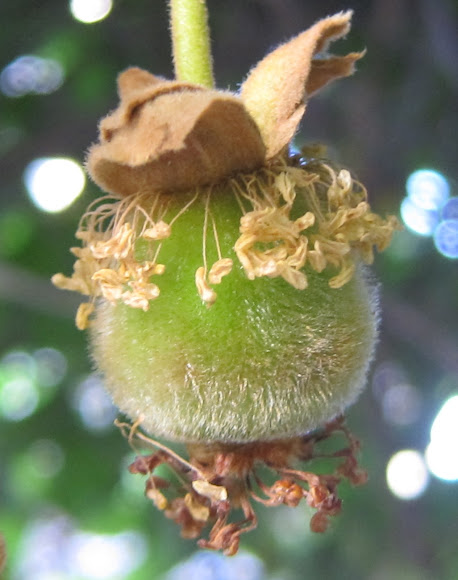 The fuzzy kiwifruit is native to southern China. It has now been declared a "National Fruit" of China. Other species of Actinidia are native to India and Japan and southeastern Siberia. Cultivation of the fuzzy kiwifruit spread from China in the early 20th century, when seeds were introduced to New Zealand by Mary Isabel Fraser, the principal of Wanganui Girls' College, who had been visiting mission schools in Yichang, China. The seeds were planted in 1906 by a Wanganui nurseryman, Alexander Allison, with the vines first fruiting in 1910. Wikipedia

Wonderful, and the flower too!!

Thank you Yuko--I saw larger kiwifruit on this same plant last year for the first time.

I had no idea how beautiful the kiwi blossoms were and that kiwi fruits grow like this! Thanks for sharing!