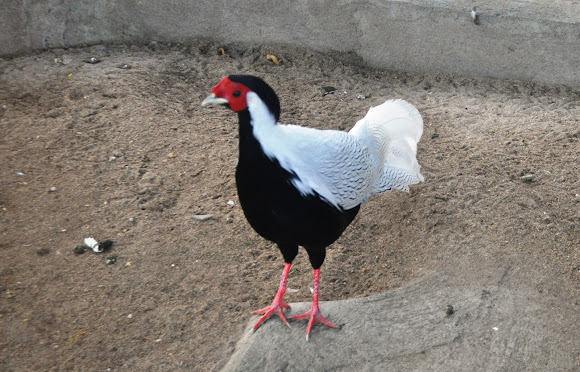 The Silver Pheasant is a species of pheasant that can be found mainly in the mountains of mainland Southeast Asia, as well as in the southern and eastern part of China. In addition, some populations have been introduced in Hawaii and other areas in the United States. The male features a black and white color pattern while the female is mostly brown. Both of the sexes have red legs and a red face.