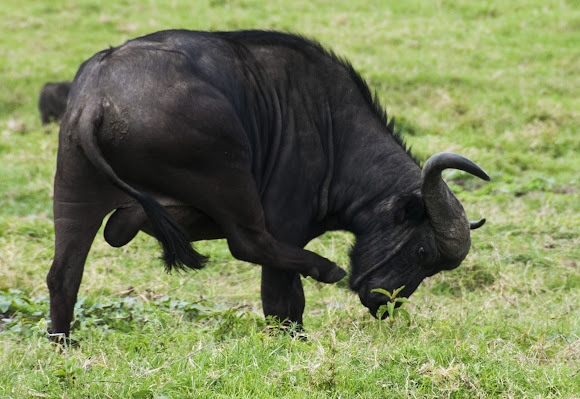 The African buffalo is a large African bovine. It is not closely related to the slightly larger wild Asian water buffalo, but its ancestry remains unclear. Owing to its unpredictable nature, which makes it highly dangerous to humans, it has not been domesticated unlike its Asian counterpart the domestic Asian water buffalo. Contrary to popular belief, the African buffalo is not the ancestor of domestic cattle, and is only distantly related to other larger bovines. - Wikipedia

Spotted during our field trip to Arusha National Park. African buffalo are considered one of the most dangerous animals here in Africa and people in the village even fear them more than the lion.