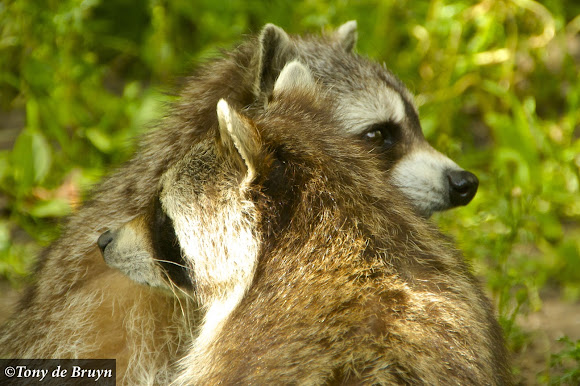 Only a few studies have been undertaken to determine the mental abilities of raccoons, most of them based on the animal's sense of touch. In a study by the ethologist H. B. Davis in 1908, raccoons were able to open 11 of 13 complex locks in fewer than 10 tries and had no problems repeating the action when the locks were rearranged or turned upside down. Davis concluded they understood the abstract principles of the locking mechanisms and their learning speed was equivalent to that of rhesus macaques. Studies in 1963, 1973, 1975 and 1992 concentrated on raccoon memory showed they can remember the solutions to tasks for up to three years. In a study by B. Pohl in 1992, raccoons were able to instantly differentiate between identical and different symbols three years after the short initial learning phase. Stanislas Dehaene reports in his book The Number Sense raccoons can distinguish boxes containing two or four grapes from those containing three. Pictures taken at Artis, zoo of Amsterdam.

Thank you Stefania and Mona!

Thank you Yuko! I could spend a day just sitting and observing these lovely critters! They just put a big smile on your face :)

How cute! I went through the whole series, like 5 times! LOVE the pic #4 specially. Great information also. Amazed by how smart they actually are!

Thank you Ava and Ca! They look like little bandits ;)

Thank you Sophie! Sometimes it is hard to choose.

The last pictures are the cutest!