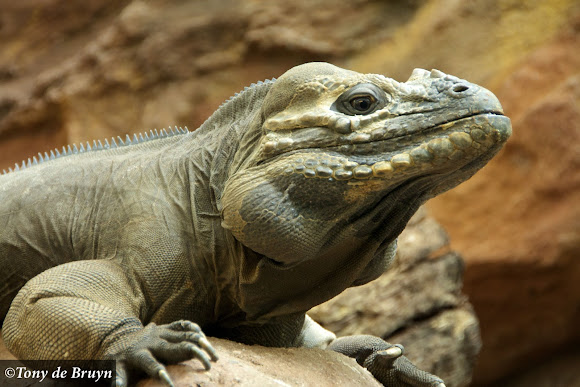 The Rhinoceros Iguana is well established in captivity, both in public and private collections. Rhinoceros Iguanas in captivity throughout the United States totals 39 males, 32 females, and 36 undetermined individuals at 20 zoological institutions, with an additional 533 animals of unassigned subspecies, reported by seven American Zoological and Aquarium Association institutions. The actual number may be much higher considering animals kept at European and Asian zoos and the many kept as pets in private collections. As a result, the demand for wild-caught animals to supply zoos and the pet trade has been reduced. Despite these numbers, making them the most numerous species of Cyclura, they are still considered a CITES (Convention on International Trade in Endangered Species) protected animal. Picture taken at Artis, zo of Amsterdam.