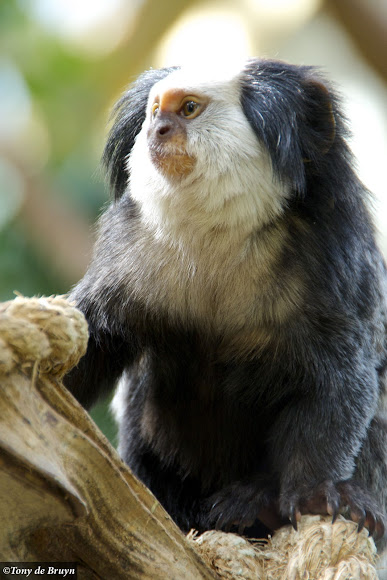 The black-tufted marmoset population is expanding in places and they are considered to be Least Concern by the IUCN. However, they are in decline in other areas and are hunted for the pet trade. Pictures taken at Artis, zoo of Amsterdam,

It truly looks like a wise mammal, Thank you Rieko!

This creature is definitely related to us human beings (look at the expressions). Nice picture.

Thanks Satyen, they are lovely little creatures.