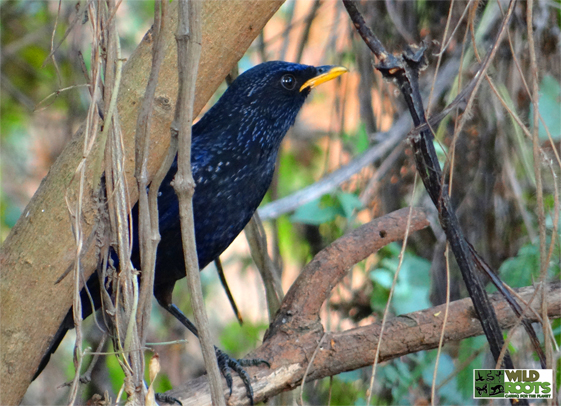 The Blue Whistling Thrush (Myophonus caeruleus) is a whistling thrush found along the Himalayas in the Indian Subcontinent and extending into Southeast Asia. It is known for its loud human-like whistling song at dawn and dusk. The widely distributed populations show variations in size and plumage with several of them considered as subspecies. Like others in the genus, they feed on the ground, often along streams and in damp places foraging for snails, crabs, fruits and insects.

Found within the Urban Habitat of the Chitrachal, Nabagraha Hills, Guwahati, Assam, India. Was spotted beside a sewage outlet.

The Bird was spotted near a sewage outlet, but when spotted it flew to the nearby bushes and hid itself. It gave out a whisper like hissing sound when stalked.