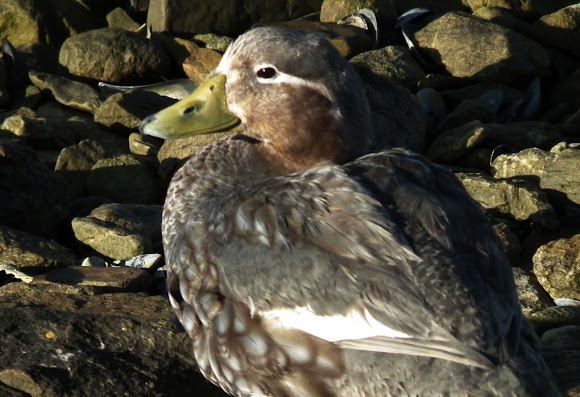 Also known as the flightless steamer duck and the logger duck, it is only found in the Falkland Islands and is one of 2 birds that is endemic to the islands. Is unable to fly, but can be very quick over the water. Similar to the flying steamer duck, but this bird is not very common around the Falklands. They are large ducks, and the male is one of the largest ducks in the world.

Found mostly along the shingle beaches in the Falklands, nests on scrubby land

Aww! such a nice duckie mom and baby. I had never seen this species before..Thanks for sharing Laura!

Congrats Laura, this spotting was features in our bird quiz! https://www.facebook.com/photo.php?fbid=...