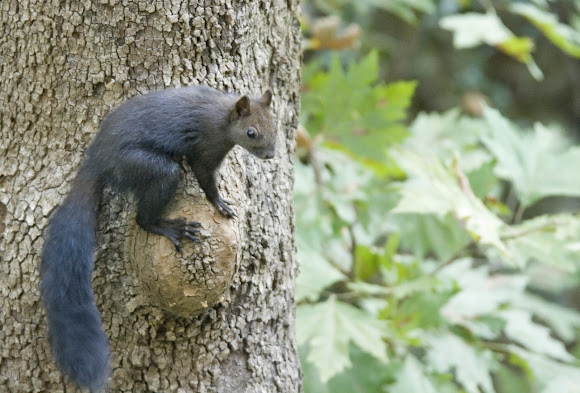 Red squirrel (Sciurus vulgaris), although not red at all in our area. A high diversity in the fur color is observed in this species, from red to brown, grey and black. For that reason many subspecies had been described, though recent molecular phylogenetic tools bring that number down to 3 subspecies. Specifically, squirrels from Calabria (Italy) belong to the "meridionalis" subspecies, those from the Iberian peninsula to the "infuscatus" subspecies, while the rest of the "fuscoater " subspecies.