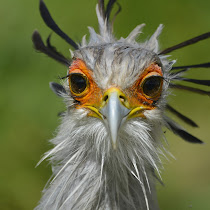 We're calling for your best wildlife photos! This mission is open to all members from all over the world and will run until January 2017. The best photo will be decided by popularity and by final voting by our rangers’ team. Together with the quality of your shots rangers will also take into account a combination of factors including the status of the organism (for example, rare or endangered) and the quality of original information provided in the habitat and description sections. The mission is for pictures submitted in 2016 and January 2017. Photos taken earlier than 2016 are accepted. Three winners will be announced for each organism category (with the exception of Pets). The winners will be announced on Facebook and Twitter and will receive some serious bragging rights!
This mission ended at the end of January 2017. Photographs submitted after this date will not be accepted. A new mission will be created for 2017 shortly.