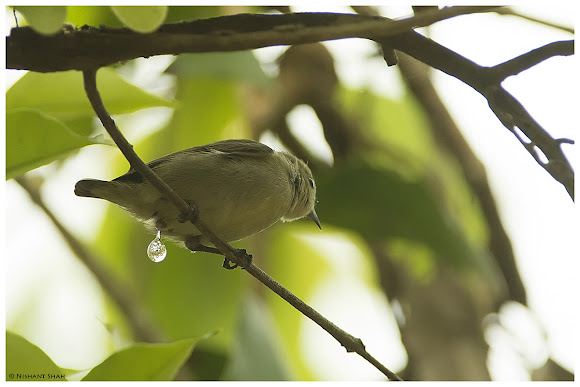 These birds are tiny (9 cm long) and there is no marked difference between the males and females. The subspecies found in northeastern India, extending into Myanmar, Laos and southern China is called olivaceum by earlier authors but is treated by Rasmussen as a separate species Dicaeum minullum (which includes the population minullum from Hainan Island and is now termed as the plain flowerpecker in the more restricted sense). It is found in the central Himalayas, through western Indonesia to Taiwan.

Bird dropping in the process was captured in one of the images.