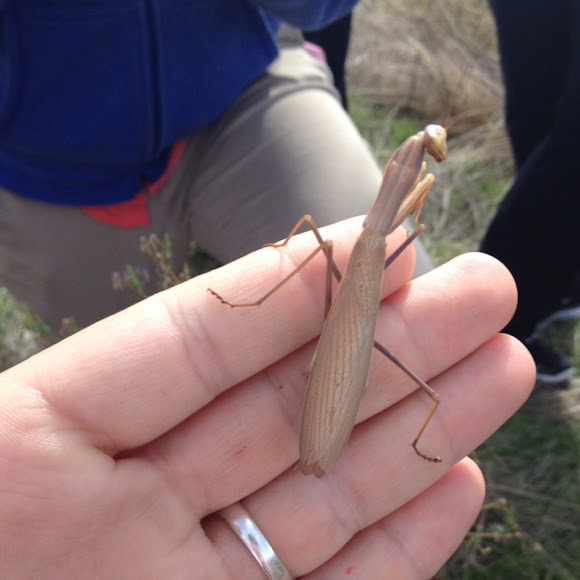 The mantises or Mantodea are an order of insects that contains over 2,400 species and about 430 genera in 15 families, by far the largest family being Mantidae ("mantids"). Mantises are distributed worldwide in temperateand tropical habitats. They have triangular heads with bulging eyes supported on flexible necks. The elongated bodies may or may not have wings, but all have forelegs that are greatly enlarged and adapted for catching and gripping prey; their upright posture, while remaining stationary with forearms folded, has led to the name praying mantises

Often found on large plants or in gardens where many insects can be found.

Found this one on an outing by a little marsh.