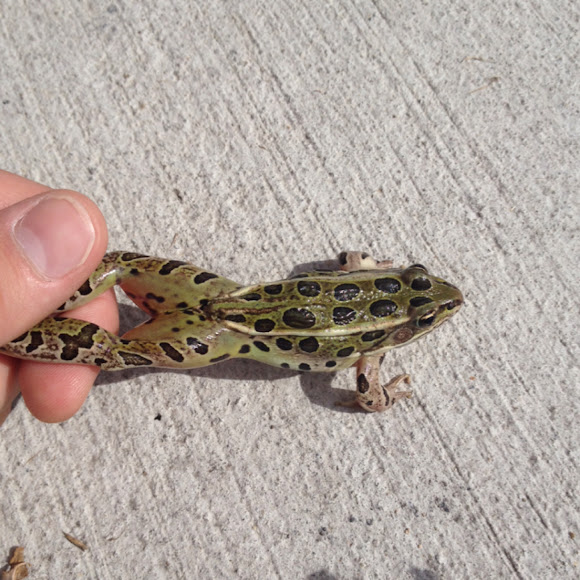 The northern leopard frog is a fairly large species of frog, reaching about 11 cm (4.3 in) in snout to vent length (SVL). It varies from green to brown in dorsal colour, with large, dark, circular spots on its back, sides, and legs. Each spot is normally bordered by a lighter ring. A pair of dorsolateral folds starting from the back of the eye run parallel to each other down the back.

Caught while on an outing with students.