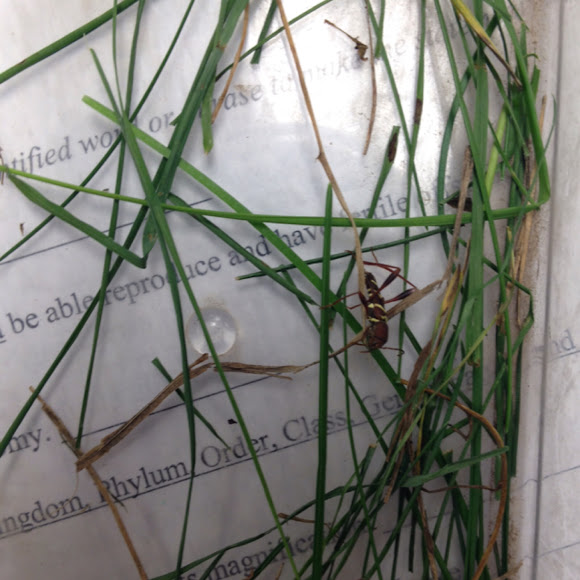 Red-headed ash borers typically reach 12–16 mm (0.47–0.63 in) adult length, have long antennae which are thickened towards the tips, and have the rear and middle pairs of legs elongated. The reddish-brown coloration with four bands of contrasting yellow hair and the general body shape mimics wasps, which is a common survival tactic among cerambycids.

Adults emerge from infested trees in early spring, typically ash, hickory and oak, but also use other hardwoods and sometimes shrubs and woody vines. The larvae feed on the sapwood of the dead tree, with several generations possible over the summer before overwintering again, probably in the pupal stage.

A student of mine found this beetle. I'd never seen one like this before. It was a neat looking beetle so I thought I needed to post it.