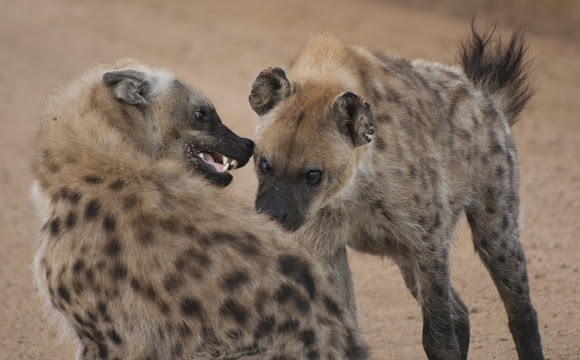 The spotted hyena is the largest member of the Hyaenidae, and is further physically distinguished from other species by its vaguely bear-like build, its rounded ears,its less prominent mane and its spotted pelt.

This species is native to Sub-Saharan Africa.

The spotted hyena is also known as the laughing hyena or tiger wolf.