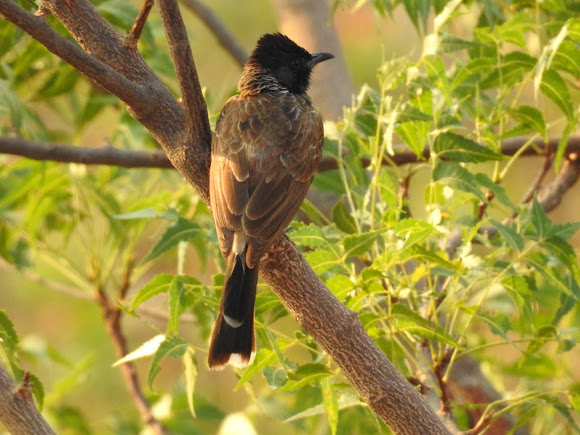 The red-vented bulbul is a rather vocal bird and has distinct calls for acts such as greeting and begging, as well as two distinctive alarm calls. This species frequently calls during pair bonding and in mating rituals.The brownish plumage of the body contrast with the glossy black head, which bears a tufted crest of feathers atop the crown . Underneath the tail, around the vent, is the patch of vivid scarlet feathers for which this bird is named

found on neem tree and surroundings