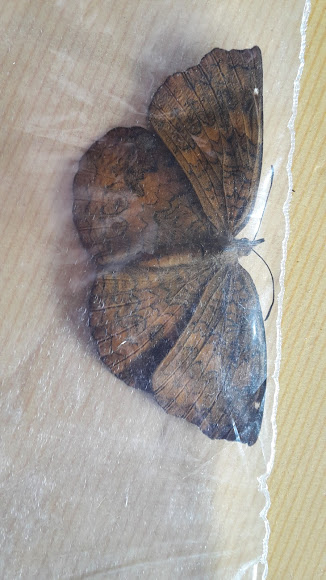 Generally 45-60mm wing span, this individual measured at 57mm. Family: Nymphadlidae One of the most common butterflies seen in India due to its host plant, Castor, being a common plant all over India. Basks with wings spread but rests with wings closed. First picture shows the upper pattern and the second shows the underneath.

Majority of habitat types. This individual found near long grass.

Was caught in our butterfly trap and pictures were taken in a butterfly-safe bag while individual was processed. Butterfly was released unharmed afterwards.