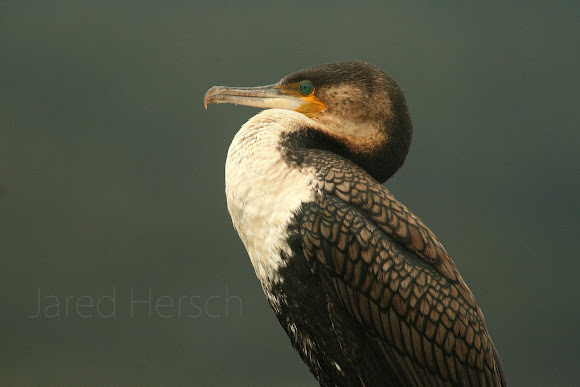 The White-breasted Cormorant (Phalacrocorax lucidus) is much like the widespread Great Cormorant and if not a regional variant of the same species, is at least very closely related. It is distinguished from other forms of the great cormorant by its white breast and by the fact that subpopulations are freshwater birds. Phalacrocorax lucidus is not to be confused with the smaller and very different endemic South Australian Black-faced Cormorant, which also is sometimes called the white breasted cormorant.

Thanks My man, love these guys green eyes!