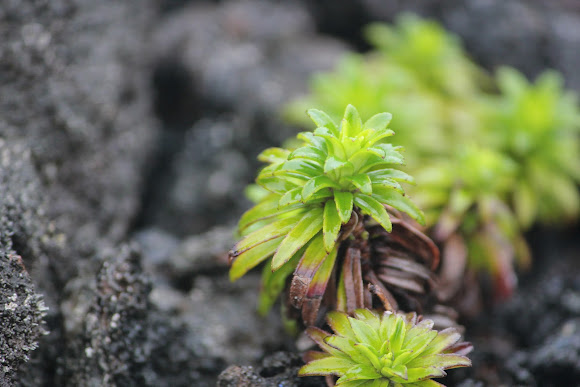 Hawaiian native, one of the 50 species known as the Silversword Alliance. It's also known as na'ena'e and kūpaoa. Its flowers are white.

These small plants were growing in Hawaii Volcanoes National Park at an altitude of no less than 4000 feet, on bare lava rock. This is unsurprising because it prefers foggy areas or barren lava fields.

The lava fields were vast and barren, devoid of many species except several pioneer species.

Sure thing. I appreciate the response. I only say it's amazing because it's true.

Hpwra, thank you for the ID!