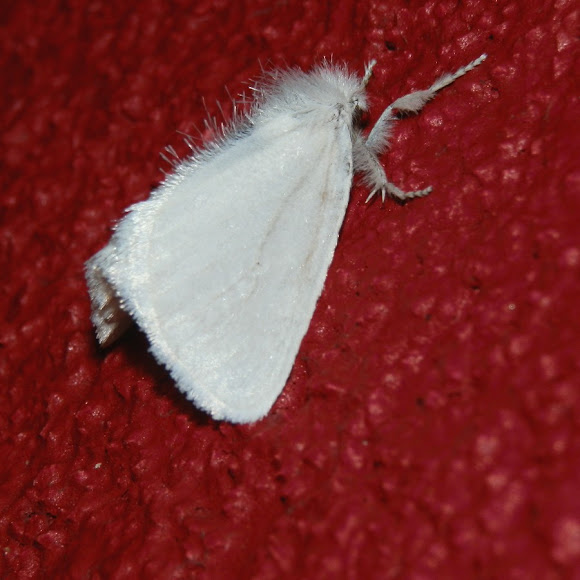 This white lymantrid moth had a wing span of about 30mm. Feathery setae seen on head thorax and legs. A black abdomen was just visible between the wings along the mid-line. The front legs appeared to be yellow under the white setae - ? significance.

a beautiful fluffy white moth. the female is said to have a yellow tuft at the tail. Is also known by its other name : Porthesia mixta