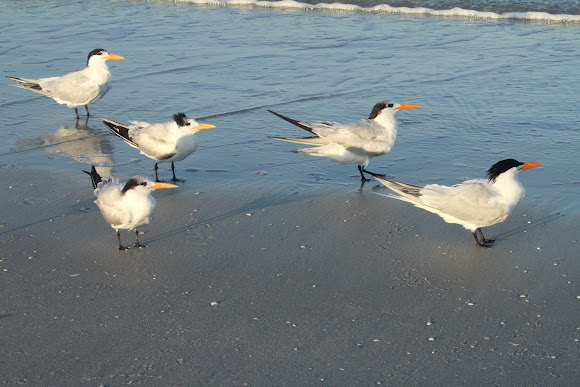 Royal Tern:The Royal Tern (Thalasseus maximus, syn. Sterna maxima is a seabird in the tern family Sternidae. This bird has two distinctive subspecies, T. m. maximus which lives on the Atlantic and Pacific coasts of the North and South America. ( wikipedia

Saw on the beach in Naples