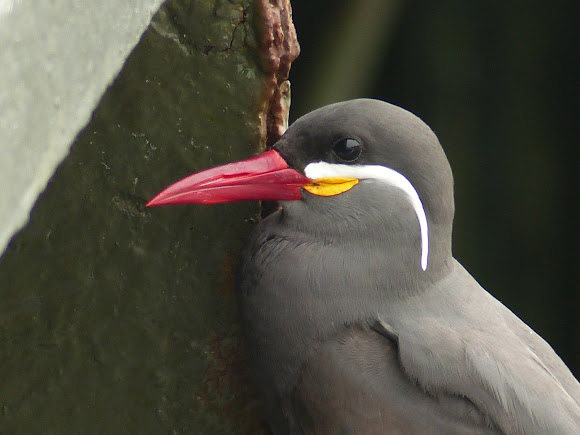 With a population of 150,000 and decreasing, the Inca Tern is considered a threatened species. Large die offs occur during major El Nino events, which hadn't yet happened as of this spotting. Fishnig and guano harvesting has also decreased this species from its former healthy population in the millions This colony was not at the nearby islands in the district of Callao, as the guide said, but rather hanging out on a pier which housed La Rosa nautica and a handful of gift shops

Busy dock/pier with a tourist restaurant and shops

thank you. I'm still thrilled to have seen them

Thank you, both. This is my favorite of the two. I still have the juv to publish and a couple stray pics of the adults too.

I have wanted to see them for a long time and did a bit of research before heading on our trip. I was not leaving Lima without this spotting! LOL. We left our group to see them, and most said we got the better tour

Great series Karen! You're on a roll with this bird!

This photo series is amazing!