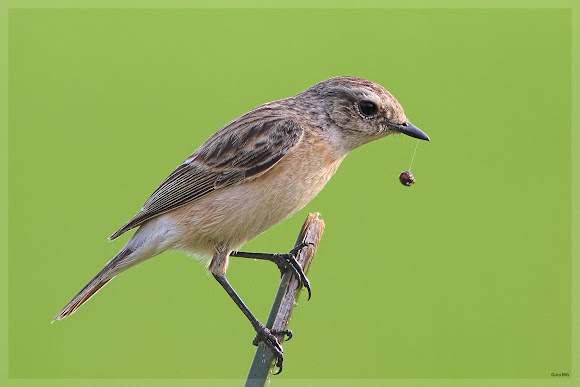 Male has black head,white patch on neck,orange breast and whitish rump.female has streaked upper parts and orange on breast and rump. winter visitor throughout india.can be seen in scrubs,reed beds and cultivation.feeds on insects and watches its prey from a reed stem or bush top,flicking its tail up and down.

Guru MG, I added a reference about pellets.

Thanks Nayeli.
@ Ava T-B Thanks .....added the description and notes,also few images.

Guru MG, if you add a reference and more description and notes (especially about regurgitating pellets), I'd like to nominate this spotting for a SOTW. You've caught such an interesting behavior.