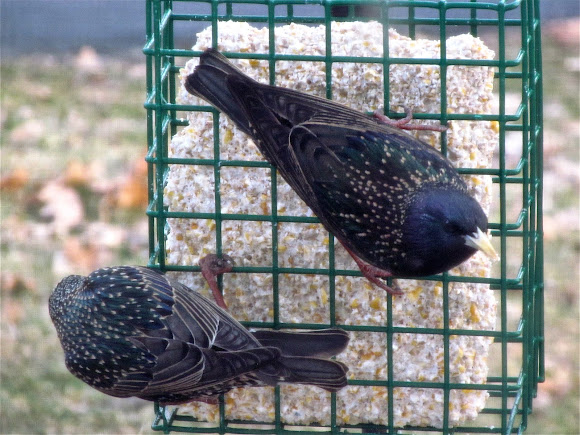 The European Starling, Sturnus vulgaris, is one of the most invasive species in North America. Though the "vulgaris" in the species name refers to its common appearance, the European Starling can be quite vulgar, rivaling territories of native birds. These large, American Robin-sized birds are characterized by an iridescent black body with goldfish flecks, which are the "stars." The beak is usually yellow in adults and darker in immatures. The legs are usually pinkish.

Found almost everywhere in the United States, introduced from Europe. These specific individuals were found in rural farmland, near a deciduous/coniferous forest with swampland across the road.

These are usually a rare find in my area, but they are becoming more widespread as spring continues to battle winter.